Today we will talk about currency of Dubai. Well, what is currency first? Currency is a unit that is named by different countries. Like Pakistani Currency is PKR, U.A.E or Dubai’s currency is DHS, America has Dollars. So these names are known as currency. Nowadays, toppest and expensive currency is American dollar whose 1 dollar is really worthful. According to Pakistan, its 1 dollar is equals to 100+ rupees.  You can estimate its value. These currency are tested by Foreign exchange. In more good words, a currency is the most specific use of the word refers to money in any form when in actual use or circulation as a medium of exchange, especially circulating banknotes and coins. A more general definition is that a currency is a system of money (monetary units) in common use, especially in a nation.[3] Under this definition, British pounds, U.S. dollars, and European euros are examples of currency. These various currencies are recognized stores of value, and are traded between nations in foreign exchange markets. So this was a currency description. Currency of Dubai is known as Dirhams. Dirham or dirhem or “Dirhm” is a unit of currency in several Arab states and formerly, the related unit of mass (the Ottoman dram) in the Ottoman Empire and Persian states. The name derives from the Greek currency drachma or didrachm (2 drachmae). Historically, the word “dirham” is derived from the name of a Greek coin, the Drachma, further devices from Sanskrit. The oldest use of the word is found in Sanskrit inscriptions and coins for money. The Greeks came to use the word after several centuries.

So a brief history is above. Currency of Dubai is the best currency for Asia. If a man earns less in Dubai, he knows that if he send money to Pakistan, his people can do a good living. It is just because of the currency value that its value is really very high. Dubai has no currency basically. The main currency is of UAE currency. So its smallest currency is a coin that is named as Phils and the largest is 1000Dhs. They have a good quality of note. Their paper is quite hard as compared to Pakistani notes and they have a picture of Shekh Zayed on it. The ISO 4217 code (currency abbreviation) for the United Arab Emirates dirham is AED. Unofficial abbreviations include DH or Dhs. The dirham is subdivided into 100 fils. On their notes different type of thinks are printed. Like on 5 dirhams Al-Jama Mosque is printed, on 10 dirhams a pilot farm, on 20 dirhams Traditional trading dhow (called sama’a),  on 50 dirhams Al-Jahli Fort and on 100 dhs World Trade Centre Dubai is made. On other notes different type of things are made. Like on 1000 dhs heir beach is made. And those notes have different colors like Brown, Purple etc. So it is a good currency. In Arabic style, and the printing of the sentences are in Arabic. Nothing is in English. So, this is the best thing I found. Well there currency is high, as their 1 Dhs is equals to 29 Pakistani Rupees. So its value is increasing day by day. So the people of Pakistan who do jobs there. They become because of these things. So, its currency is valuable and an average one. 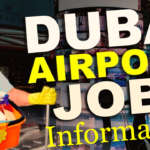