*Sustaining the Balance of Natural Ecosystem*

Decomposition signifies the process by which organic substance is broken down and is converted to a much simpler form of matter. The method is crucial for recycling the limited matter that inhabits biome’s physical space. Shortly after death, bodies of living organisms begin to decompose. Decomposers are the organisms that break down decaying or dead organisms and therefore carry out the natural procedure of decomposition. Like predators and herbivores, decomposers are heterotrophic, that they use organic substances to acquire their nutrients, energy and carbon for development and growth. Using biochemical reactions, decomposers can break down cells of other organisms and without the need for internal digestion they transform the prey tissue into metabolically beneficial chemical products. As a food source, decomposers utilize non-living organic compounds and dead organisms. All dead organisms that are decomposed undergo the same progressive phases of decomposition. Typical decomposers include bacteria, fungi and micro fauna. 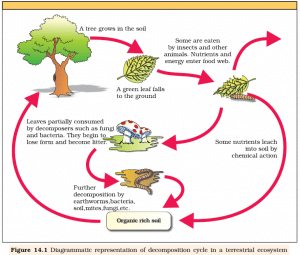 Fungi release extracellular enzymes that decompose various forms of plant litter for instance coarse woody debris, containing high amounts of lignin and cellulose. These enzymes also take part in decomposition of soil organic matter.  Extracellular enzymes are categorized by the process by which they breakdown the organic matter. Hydrolytic enzymes are utilized to break simpler compounds such as carbohydrates, while oxidative enzymes are often engaged in decomposing intricate substrates including lignin. Numerous soil biological properties have been used to demonstrate influences of management practices. These include enzymes, microbial biomass and release of carbon dioxide from the soil. The organic matter comprising animal and plant and animal residues integrated in the moist soil are attacked by a number of insects, microbes and worms in the soil. Several components are decomposed very quickly, some less readily while others take a long time to decompose.

The process of nutrients release from organic matter is denoted as mineralization, while nutrients may be immobilized into decomposers, organomineral complexes or recalcitrant humic compounds. Fresh litter is decomposed into comparatively stable soil organic matter. Various factors affecting the rate of decomposition of organic matter include soil type, substrate quality and climate. Decomposition is slower in climatic extremes and in contrast to complex compounds, simpler compounds decompose more rapidly. Nevertheless, environmental conditions and chemical composition alone cannot explicate experiential decomposition rates and other dynamics including modifications in composition of microbial community also play an important role in regulating decomposition rates. 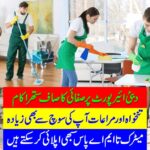